The Reading Ancient Schoolroom welcomed just over 100 participants on 27th and 28th January 2016. Above, girls from Farnborough Hill school recite Homer from papyrus rolls with Emma Aston. Below, girls prepare to do those recitations by reading the papyri. 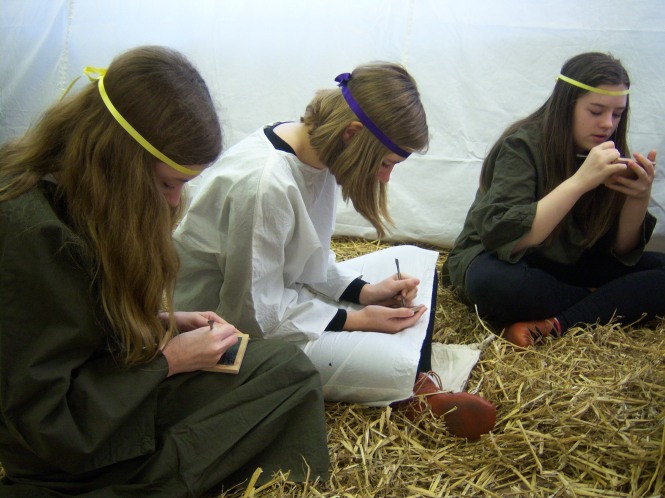 Participants also learned to write with reed pens on ostraca (pieces of broken pottery); the ostracon below contains the Greek alphabet, and the papyri contain the Iliad (in Dryden’s English translation).

New this year were an abacus and counting boards for the maths teacher, who made Roman numerals far more fun than anyone had thought they could be. 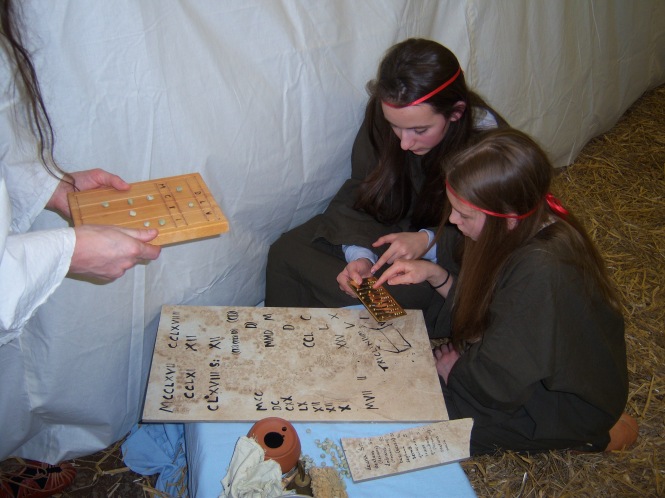 Students waiting to enter the schoolroom learned how to write Roman graffiti with quill pens. 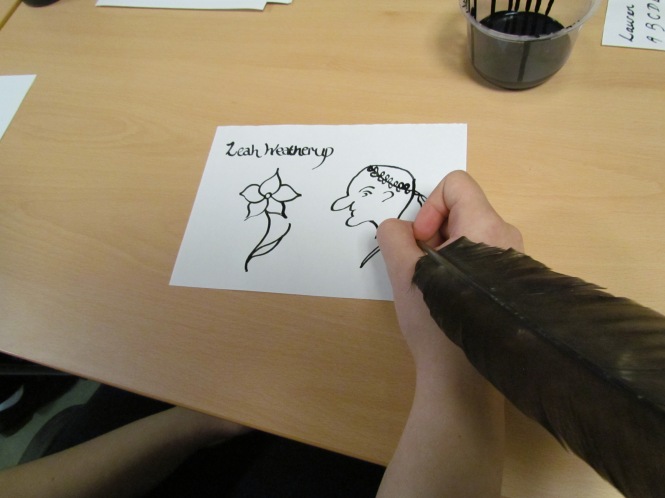 After leaving the schoolroom, participants were treated to an object-handling session in the Ure museum. 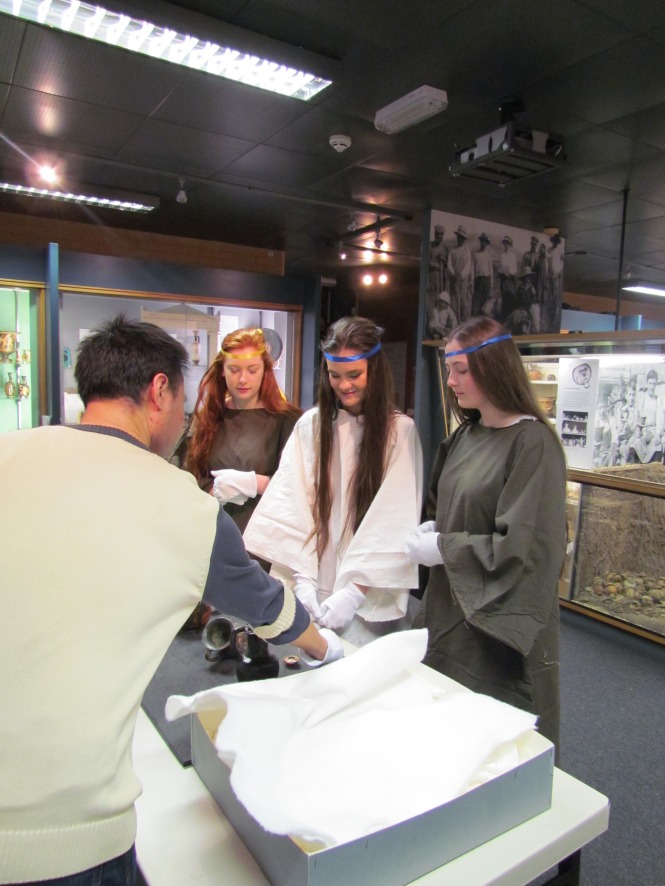 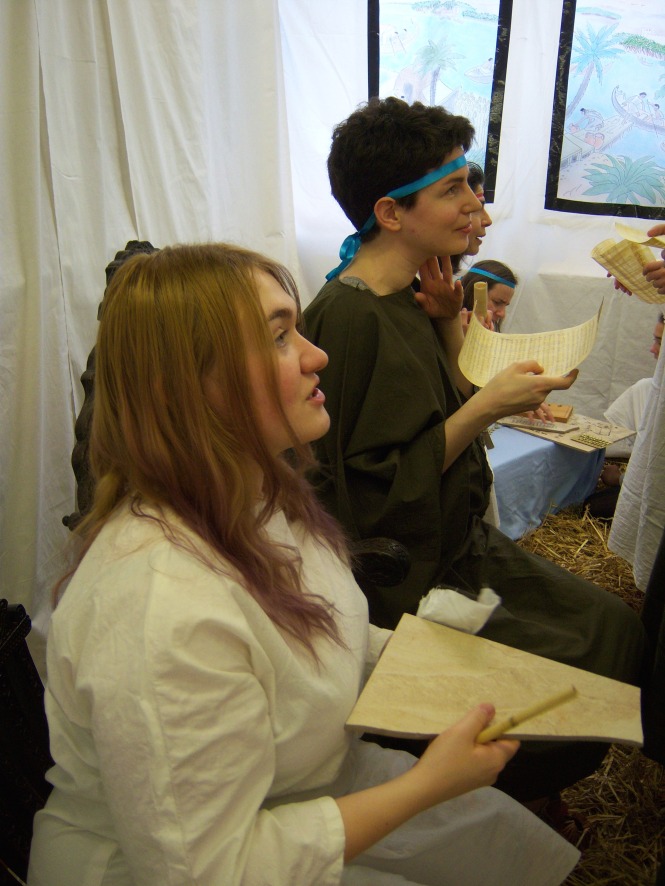 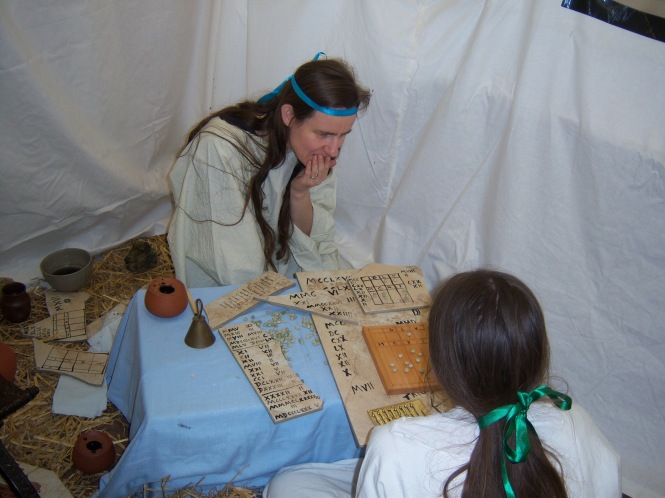 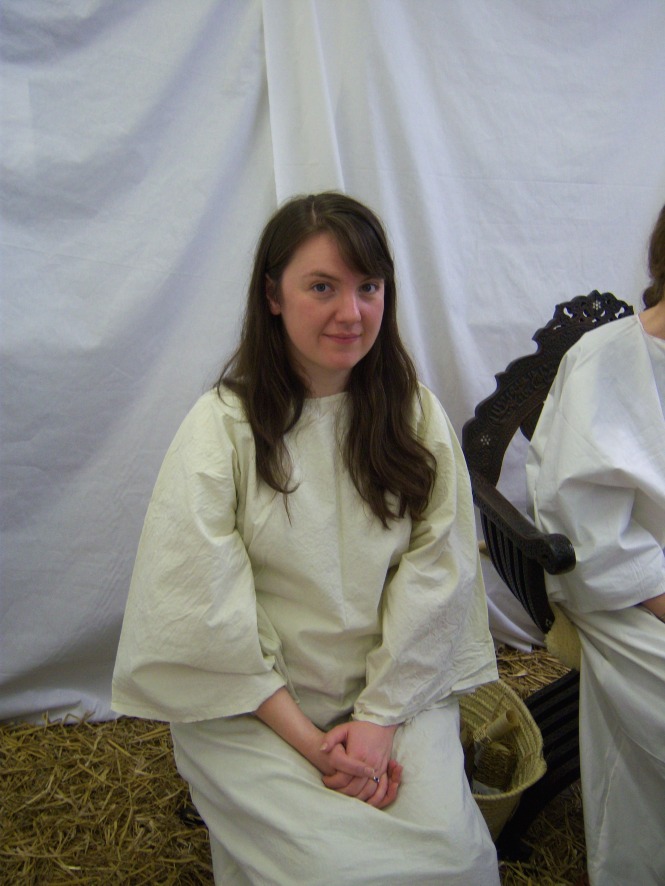